If you like the comedy-drama series Atypical and are looking for similar shows to binge-watch, you’ve come to the perfect spot. Atypical is a drama with four seasons so far about Sam, an autistic adolescent who has decided he is ready for love, is the main character in this heartwarming comedy. In order for Sam to start dating and possibly fall in love, he will need to be more independent, which will lead his mother, Jennifer Jason Leigh, on a path that will alter her life. She must adjust to changes and learn what it means to be “normal” together with the rest of Sam’s family, which also includes a disobedient sister and a father who is attempting to define what it means to be “normal.” Everyone who watched this series considered it to be a success. 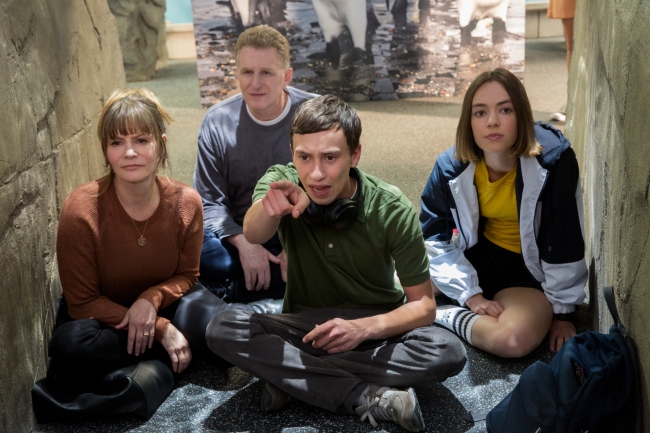 Here are some of the top television programs that you should watch if you like Atypical but would like something with a different plot. Let’s start the binge-watching celebration.

Young doctor Shaun works in a prestigious hospital in San Jose, California, but his coworkers don’t seem to want to get to know him. He uses his skills to help patients and show them to his colleagues. The show has so far had five seasons, and a sixth is on the way.

If you’re seeking for a similar show with a different premise, this medical drama is excellent and well-liked by many; it’s the one to watch. Sam from Atypical and Shaun from The Good Doctor are both charmingly eccentric characters. Is Sam your favorite person? Post a comment and let us know.

Based on Charles Forsman’s acclaimed comic book series, The End of the F…ing World follows two misfits, Alyssa and James, both 17, as they travel to find Alyssa’s estranged father, who abandoned her when she was a little child. James, who considers himself to be a psychopath, has decided it’s time to move on to something more substantial than butchering animals, and he’s already set his sights on someone.

Alyssa, the personification of existential dread, feels out of place at her new school despite the fact that she is extremely well-known. They become involved in a string of violent occurrences that worsen in intensity as their journey goes on. There are just 2 seasons of the program, and nothing is known about a third.

Bay and Daphne are switched at birth after the hospital mistakenly recognizes one of the babies as the other. In order for the two kids to accept their differences and similarities, one family decided to unite them. Great five-season television show.

Lena Adams, Stef Foster’s life partner, and they struggle to provide for their children in San Diego and experience many ups and downs. The Fosters is as as passionate and humorous as Atypical. The Foster has a total of five seasons.

The BAFTA Award-winning (“Blackpool”) writer Peter Bowker is the creator of the drama miniseries “The A Word.” The Hughes family members are portrayed as they go about their daily lives up until they receive some unexpected news in the television series. Autism was identified in Joe, a 5-year-old boy with communication difficulties.

The family’s way of life is altered because everyone has to work together and adjust their communication skills to deal with the boy’s condition. It’s a show that will break your heart.

Tara Gregson, a suburban housewife and mother, has good cause for not always being herself: she has dissociative identity disorder, a condition that makes her suddenly transition between various personas.

Her wonderful partner, Max, does his utmost to cope with the problem, but neither he nor their teenage children, Kate and Marshall, can predict who will come and meet them when they return home: Tara herself, or “T,” a flirty adolescent; Buck, a beer-swilling Vietnam vet with a violent streak; Alice, a perfect 1950s TV mom; or other alter egos in this dark comedy created and written by Academy Award winner Darren Aronofsky (“Juno”). A beautiful tale, but quite complicated. Despite the poor ratings, this show is still worth watching.

The miniseries only has two seasons. Martin Bohm, a widower, is pulled between spirituality and technology when he learns that his emotionally disturbed son Jake can foretell events even before they take place.

The talented Sheldon Cooper has been promoted four grades. He makes an effort to fit in with his illiterate Texas family in the meantime.

The Californian Braverman family must deal with the challenges of marriage, parenthood, and supporting one another during difficult times. The program has six seasons.

This semi-autobiographical series based on his memoir stars actor and playwright Ryan O’Connell. He plays Ryan, a gay man with cerebral palsy who decides to give up his identity as an accident survivor in order to live the life he wants.

As Ryan prepares to start limping toward maturity after years of fruitless internships, blogging in his pajamas, and only communicating through text, he learns how to transform his life from dull to trendy.

These were some of the outstanding series that you should unquestionably look into and enjoy. You can let us and the other viewers know about any programs that are comparable to Atypical in the comments section below.